Series A DOPPIO FILO, 2007, in collaboration with the photographer R. Albertalli

(…)The theme, like a “fil rouge” who ties all the artworks, is an observation of the strong relations between mass demonstrations, photographed with a critical eye, and the clothes are made uniforms, T-shirts or flags characterizing one or another group. Easier said, where Reto Albertalli takes pictures, Aglaia Haritz collects rests of cloths used during a manifestation and abandoned on the floor. (…) (text Simona Manzione)

Series PALESTINE, 2008, in collaboration with the photographer R. Albertalli

After being in West Bank with the photo reporter R. Albertalli, I learned the situation of the country. Later, we worked on creating two-dimensional artwork, where the sewing blow up the rectangle frame of the photography and tried to fill the gap between what we know through News and what we observed while being in the country. 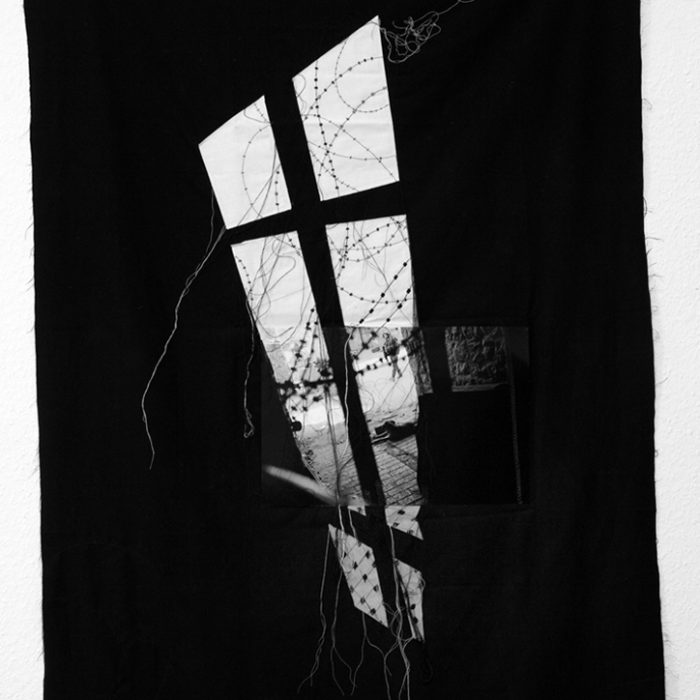 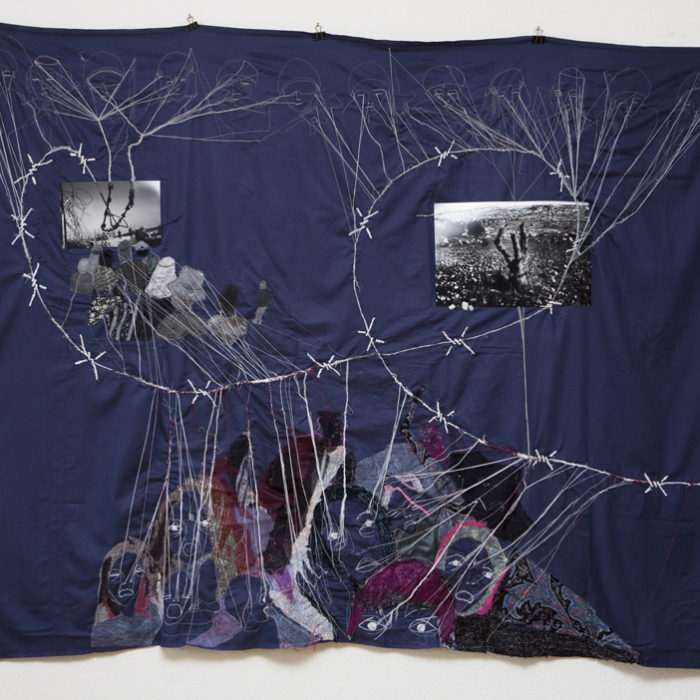 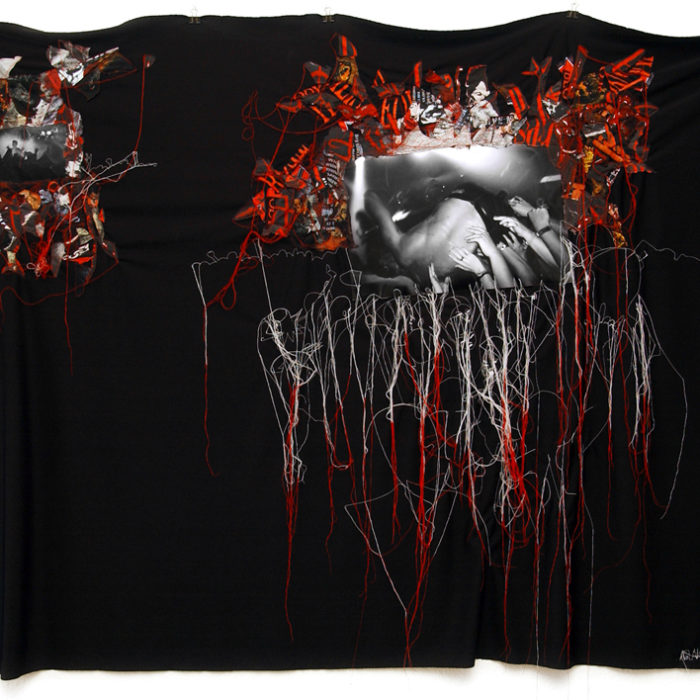 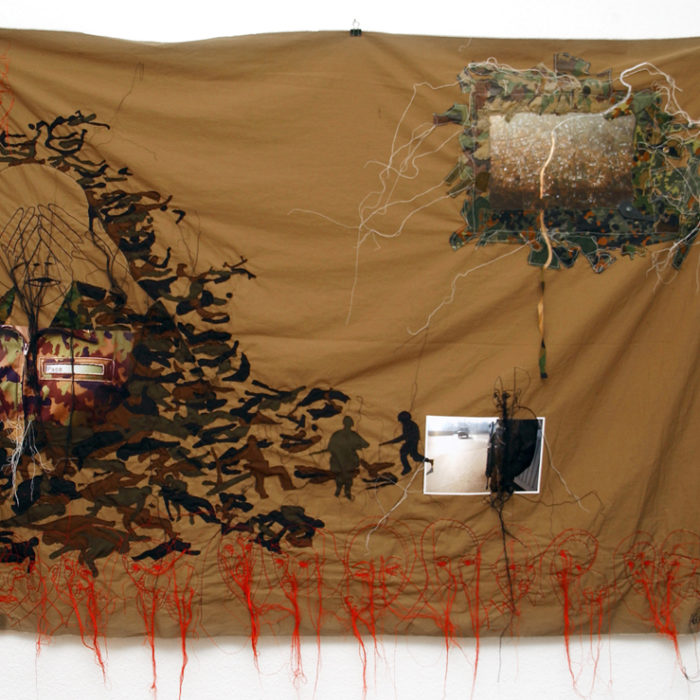 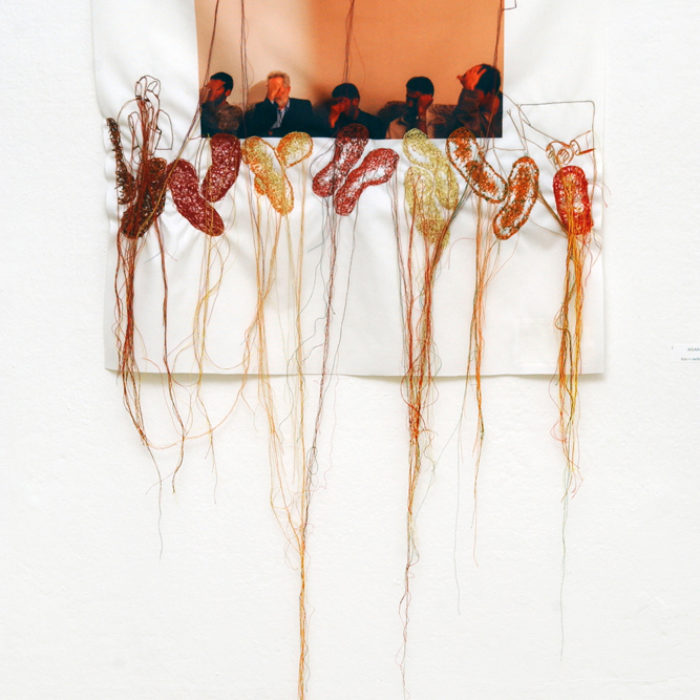 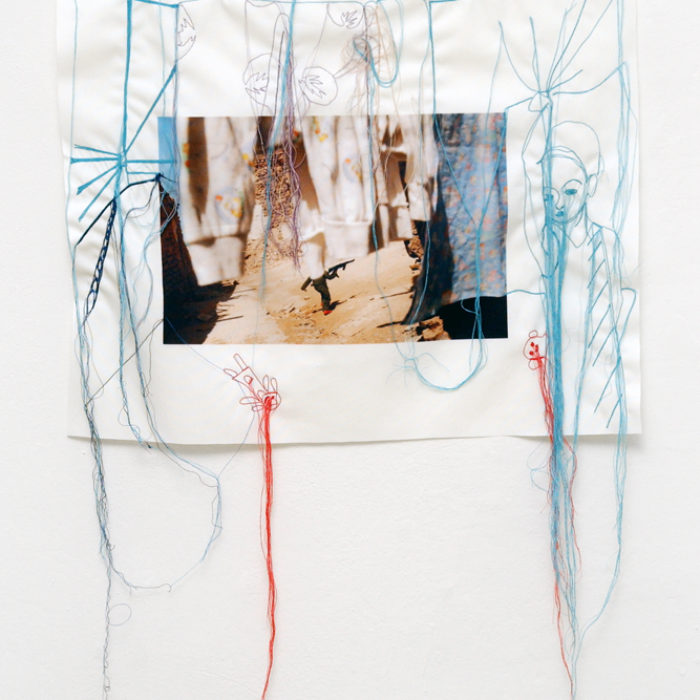 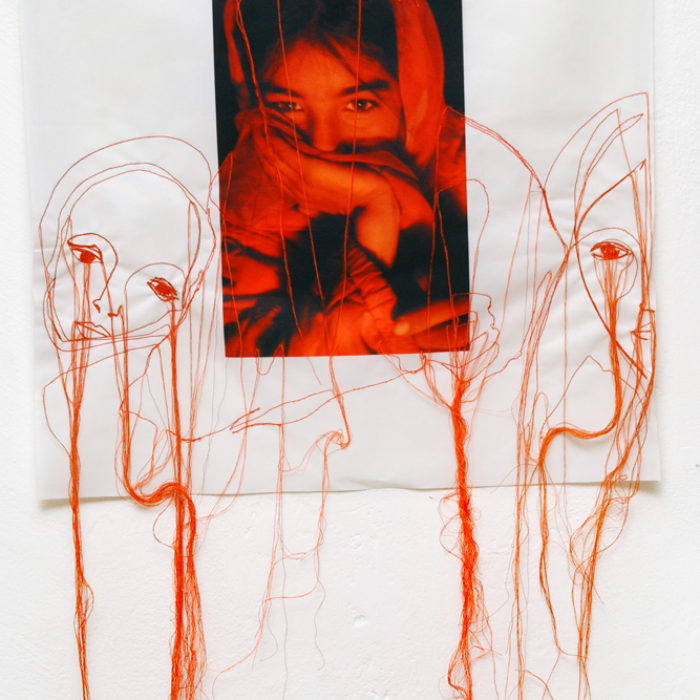 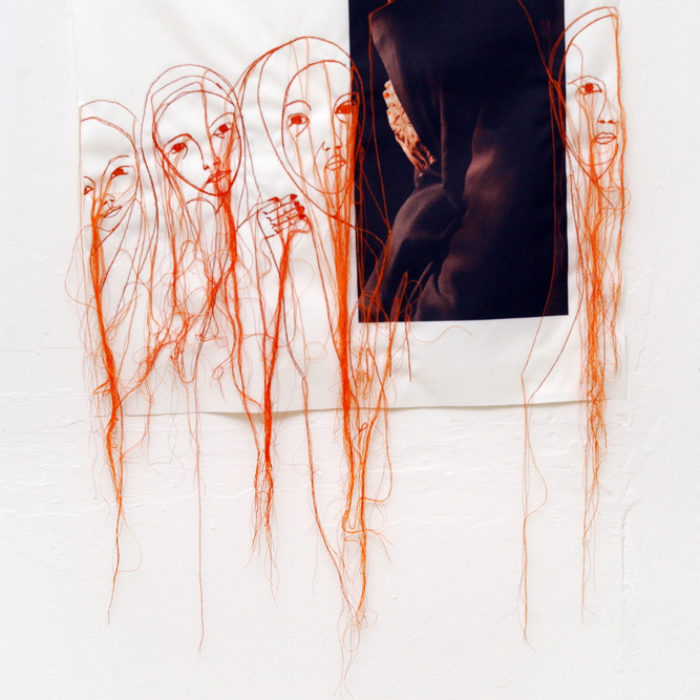 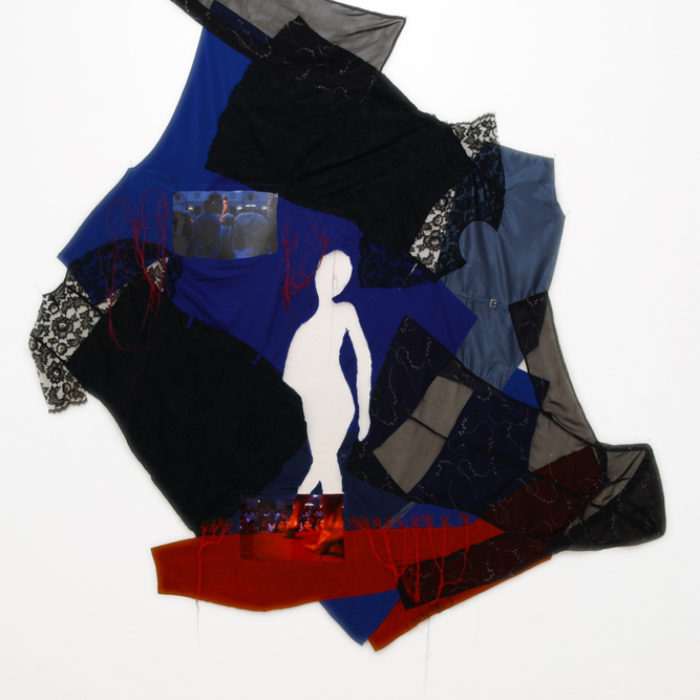